Its been only 2 weeks since our last release, but already today we are offering you a new update of our award-winning multitouch software Snowflake, namely version 4.5.1.

In fact, the frequency of how often we release new and improved versions of our software is truly unique in our industry. Other companies might take 2-3 months before releasing an update or maybe even longer. 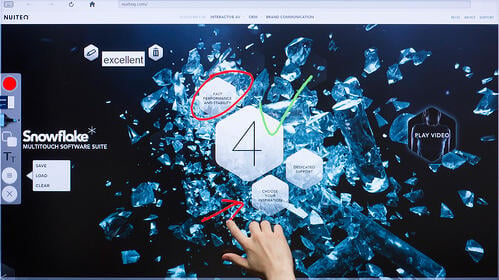 We're excited to let you know that this is our 50th release of Snowflake in over 7 years of development, a massive milestone in itself.

SnowflakeGuard
SnowflakeGuard is a handy new tool, which is essentially an advanced and improved version of Snowflake Watchdog.

Watchdog has been part of Snowflake since version 1.9 and is enabled by default. It essentially restarts Snowflake, if the unlikely scenario of a crash occurs.

SnowflakeGuard is an application that users can start, which will then automatically start Snowflake as well. So essentially SnowflakeGuard will run in the background, while Snowflake runs in the foreground. In the unlikely event of a unresponsive system, crash, freeze or slow performance, it will make sure Snowflake restarts immediately. It also ensures that there is only one instance of Snowflake running. We have namely experienced, that sometimes users double click the Snowflake icon one time too many. This results in two instances of Snowflake running at the same time, without users knowing it, resulting in a slower performance.

We created SnowflakeGuard, so that instead of letting users return to the operating system, when such a situation occurs, that it gives them an as smooth as possible experience instead.

The most stable multitouch software available, now gives even more peace of mind.

Help screen
There are a couple of handy functions available under the F keys on your keyboard, press F1 to pull up the help screen to see the available functions. 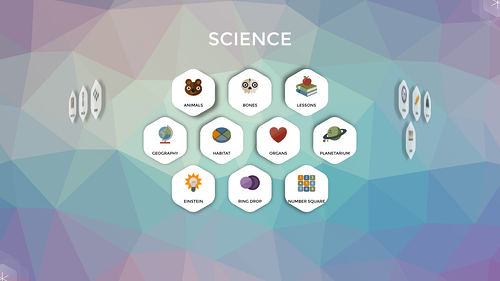 Other improvements
We have also made a long list of improvements to the following Snowflake apps and widgets:

We received some great feedback from Snowflake users on the spinning interaction of the Carbon menu, so we have improved this accordingly to meet their expectations.

We added a handy little feature for Snowflake power users that use the Configurator a lot. You can now remove apps just by selecting them and hitting the "delete" button on the keyboard. Now you can customise your favourite layouts even more time efficiently.

If you are NOT experiencing issues with any of the above mentioned apps in your current version of Snowflake, then we suggest that you do not need to update to this release.

You can check out the long list of all improvements in Snowflake history in the change logs / release notes here.