Snowflake MultiTeach® is a suite of over 30 collaborative apps and tools designed for multi-user interaction on touch screen displays and surfaces. This post, and the featured “how-to” video, provides an overview that will get you and your students up and running with the apps found in the Math category.

Math bugs is a fun way to help student develop math fluency skills and learn multiplication and division concepts.
The app supports two or more students working on a large display in front-of-class or tabletop mode. It also works nicely on other forms of touch screens. Students select a number and when the game starts, ladybugs start to crawl about the screen. 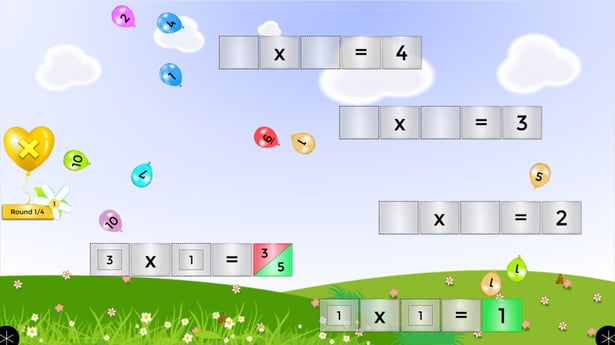 The Numbers app is good for reinforcing basic addition, subtraction, multiplication, and division skills. After an operation is selected, students are presented with horizontally-oriented math problems, and move numbered balloons into boxes, so that their combined values are equal to the answer in the rightmost box. If the response is correct, the number in the box glows green. If not, the box will display the incorrect number with the correct number, and the student can try again.

The equation boxes can be moved to any place on the screen, making this app ideal for use by two or more children at the same time on a front-of-class display. The Numbers app also works well when the screen is divided into zones and paired with other math apps or teacher-created math lessons.

The Count app is a fun way for young children to work on basic counting and matching skills. Directions are given at the beginning of each of the three rounds

Students count the number of items in picture cards, and then drag them to the corresponding numeral on the screen. After all cards are placed, correct items will give off a green glow, and the incorrect items will glow red. The student can try again, as the app supports self-correction. Feedback is given at the end of each round, and when all rounds are completed, there is an option to play again. 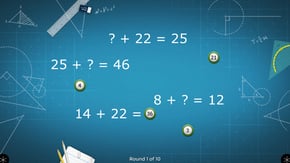 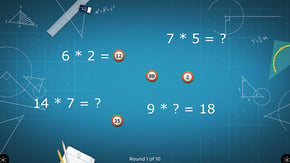 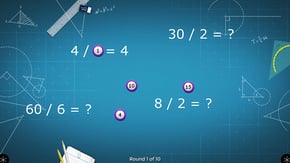 These four apps support math fluency skills for addition, subtraction, multiplication, and division. Students drag numbered items to the correct spots to complete equations. There are ten rounds for each of these apps. After a round is completed, feedback is provided. Correct items will give off a green glow, and incorrect items will glow red. The students have the opportunity to self-correct.

As with other apps in Snowflake MultiTeach, these apps support two or more students working together and work well when presented in Zones with related math apps or teacher-made math lessons. 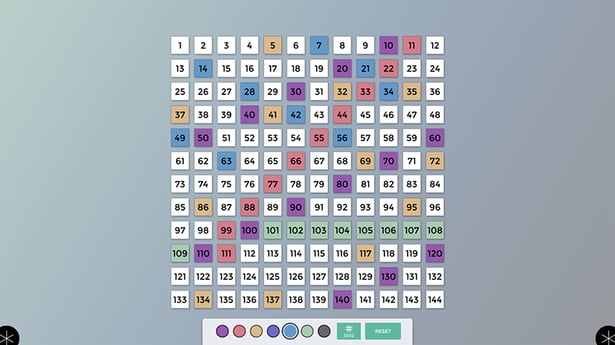 Squares is a teaching aid designed to help students explore addition, multiplication, division, and related number patterns. The numbers in the grid can be colored by touching them, after selecting a color beneath the grid. The grid can be presented in 10 X 10 and 12 X 12 formats. The colors on the grid can be cleared by selecting a reset button.
One example for using this grid is to have more than one student select numbers in the grid that represent a multiple of a number, as a skip-counting task. Squares is good paired with other Math apps. For example, in the 10 X 10 grid format, it works well alongside multiplication or division apps or teacher-made lessons. 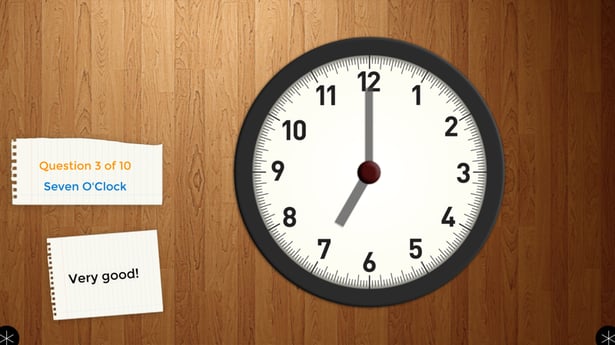 The Clock app is a fun way for students to learn how to tell time to the hour, half hour, quarter hour, and 20 minutes on an interactive analog clock. There are four levels of difficulty. As the student plays with the hands of the analog clock to respond to questions, the hands will provide hints through a glow. If a student places one of the hands in a slightly incorrect position, the hand will automatically move to the correct position.

Feedback is provided after each try. At the end of a round, the student is given the option to restart and play the round again, or return to the main menu and make a new choice.

The Clock app works well in Zones with related lessons found on the MultiTeach Lessons Community. This makes it a good choice for use on multi-touch front-of-class displays. 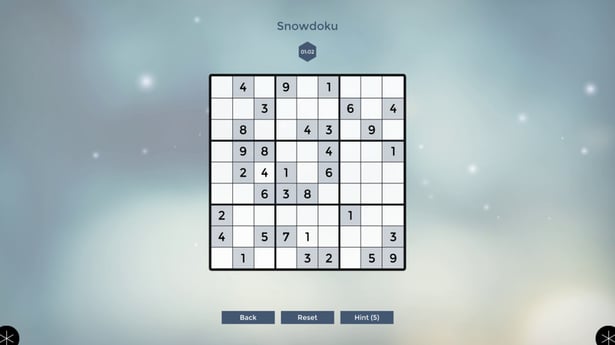 Snowdoku is NUITEQ’s version of sudoku, and provides several levels of difficulty. This game supports numerical reasoning skills. It is a fun way to get students to practice collaborative problem-solving skills, as more than one student can join in to solve a puzzle. If anyone is stuck, hints can be accessed, and the game can be reset.

Want to use the Math apps in your classroom? Download now the FREE 14 days trial by clicking the button below: 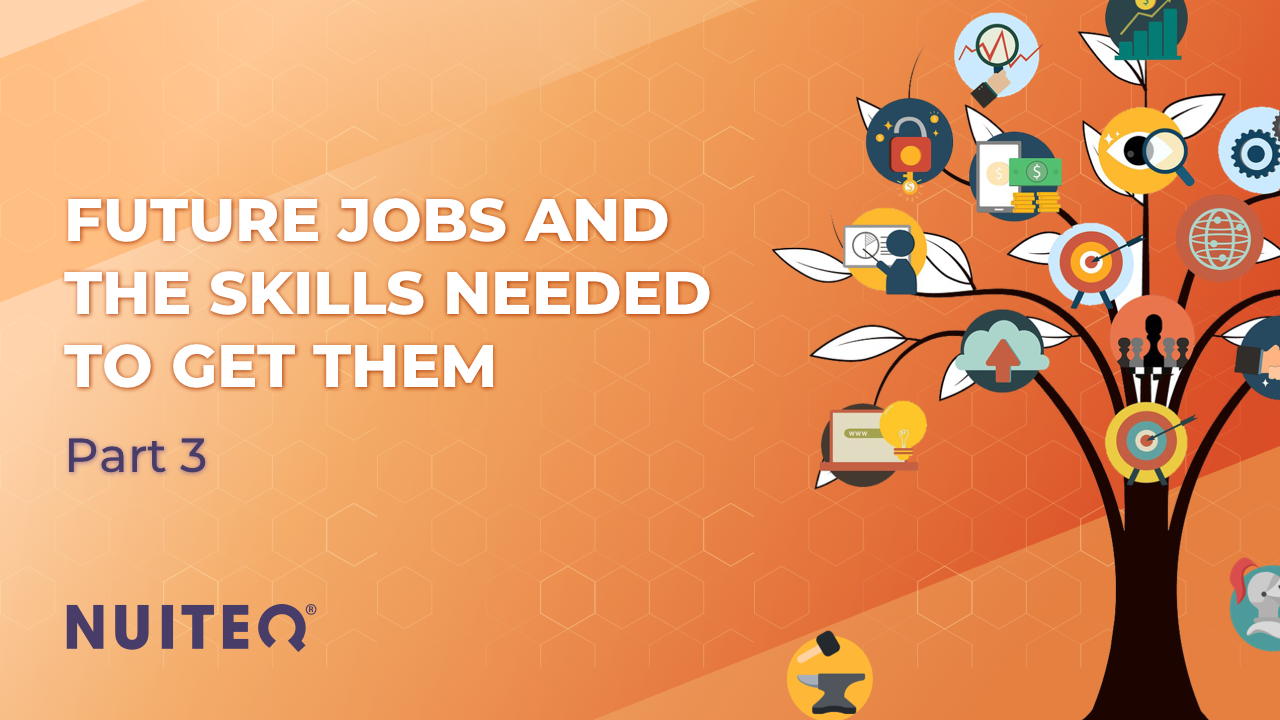 Future Jobs and the Skills Needed to Get Them, EdTech

Snowflake MultiTeach is a powerful tool for teaching and learning, ideal for harnessing rich multimedia content, standards-aligned informational resources such as e-books, and online resources such as educational subscriptions, videos, simulations, games, and websites. Teachers can collaborate with...

A teacher’s guide for the Media app in Snowflake MultiTeach®

What it does Media is a digital content viewer that can be used in the classroom for showcasing and interacting with pictures, videos and PDF brochures. It is easy to add your own content to allow students and teachers to share things with others.

A teacher’s guide for the Zones app in Snowflake MultiTeach®

What it does  Zones is an app which leverages the multi-user aspect of Snowflake MultiTeach® Zones allows users to divide the Snowflake interface in different layouts, so that multiple apps can be used simultaneously in different sections of the screen.

A teacher’s guide for the Nodes app in Snowflake MultiTeach®

What it does Teachers can use the Nodes app to provide interactive educational experiences that can be accessed by two or more students at a time. Each node supports the import and presentation of pictures, videos, and PDF files. 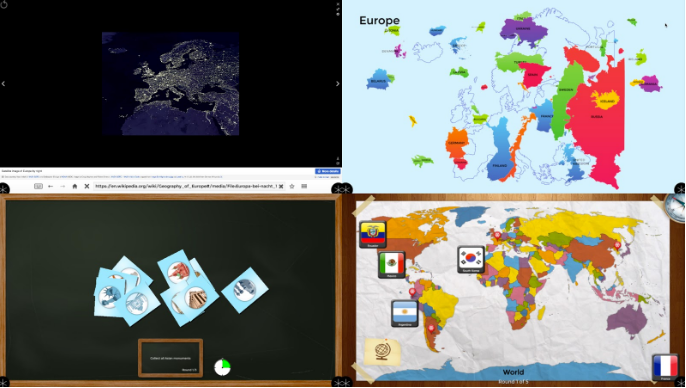 Discover the Puzzles and Creative apps in Snowflake MultiTeach®

Snowflake MultiTeach® ships with over thirty collaborative educational apps designed for use on touch screen displays. This post, along with the accompanying “how-two” video, provides an overview that will get you and your students up and running with the apps found in the Puzzles and Creative...